Formed by the Danish saxophonist and composer Lars Møller, RagaJazz unites two acclaimed musicians from the Indian classical music tradition with three of the most internationally experienced Scandinavian jazz musicians in a unique dramatic, expressive and contemplative sound.

Based on personal and delicate compositions the music of RagaJazz is inspired by the colourful, melodic ragas and intricate, intense rhythms of India, the architectural beauty of Scandinavian music, and the improvisational interplay of the contemporary American jazz tradition.

RagaJazz is unique in its authentic and innovative approach to combining the depth and essence of jazz and Indian classical music.

Based in Mumbai, Kolkata, Copenhagen, New York and San Francisco, the members of RagaJazz represent a new generation of musicians with a global perspective and a creative approach to interaction between musical and cultural traditions.

RagaJazz is dedicated to sharing this vision with present and new audiences across the world – through concerts, workshops, lectures – and with a special focus on schoolchildren.

RagaJazz has performed on leading venues in India and Europe and is featured on Lars Møllers recent tribute to the Indian musical heritage “Glow of Benares” with Big Band and Chamber orchestra (Dacapo Record), and the band will release a new album in 2018. 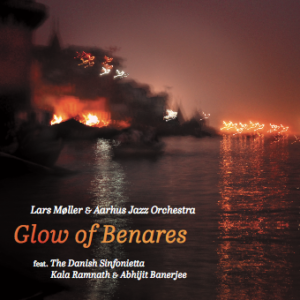 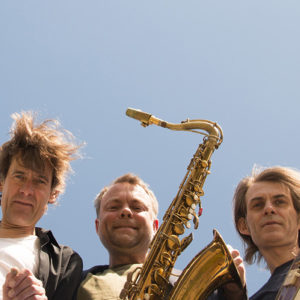 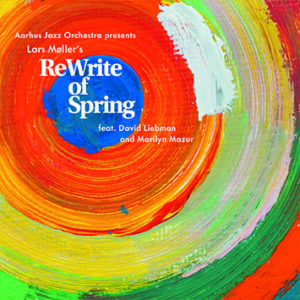 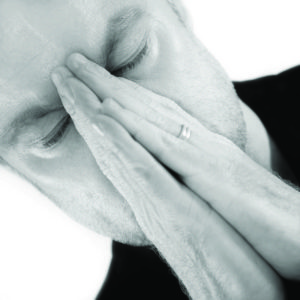 After living in New York 1987-89, where he played with many legendary jazz musicians, Lars Møller spent several prolonged periods in New Delhi in the 90’s assimilating the highly emotional Indian classical music under guidance from his Shahnei-teachers Pandit Anant Lal and Pandit Daya Shankar. A leading Scandinavian jazz musician, he has toured all over the world and received numerous awards including a Grammy (DK). Lars Møller’s compositions delicately combine his knowledge of the American jazz tradition with the melodic Scandinavian tradition augmented by a broad knowledge of European classical music. His recent release “ReWrite of Spring” has been called “a soaring, sprawling conception, combining exquisite detail with monumental vision” (Downbeat) and “A milestone in Danish jazz” (Weekendavisen) – www.globaljazzexplorerinstitute.com Grammy nominated for her album ‘Miles from India’, she is recognized as one of the fifty best instrumentalists in the world by the prestigious ‘Songlines’ Magazine. In 2017 Kala recieved  the “Sangeet Natak Academy Award” from the Indian President- the most prestigious artistic award in India. Born into a family of prodigious musical talent, which has given Indian music violin legends like Prof. T.N. Krishnan and Dr. N. Rajam, Kala’s genius on the violin manifested itself during her childhood. She has revolutionized violin technique and produced a sound so unique, evocative and akin to classical Indian vocal music, that today her violin is called ‘The Singing Violin’. Kala has performed at all the major music festivals in India, as well as the most prestigious stages throughout the world, including the Sydney Opera House, London’s Queen Elizabeth Hall and New York’s Carnegie Hall – www.kalaramnath.com

Having spent his formative years in New York, Thor Madsen’s guitar playing is influenced by a broad range of musical genres. He is a highly popular performer in both Europe and USA and has toured extensively with bands from both continents: Wax Poetic with Norah Jones, Butch Morris Conducts The Nublu Orchestra, and Our Theory with French trumpeter Erik Truffaz – to name a few. His work as a producer includes numerous albums for the New York-based label Nublu Records, Brazilian crossover album Na Farofa with his band Wazzabi, Lars Møller’s ode to Stravinsky, Rewrite Of Spring, as well as music for film and TV, including the original score for the Emmy nominated feature documentary Word Wars – www.thormadsen.com

Considered among the top tablas players from India, Abhijit Banerjee is one of the most popular creative artists in the realm of Indian classical music. Abhijit’s unique style and creative approach has earned him accolades and awards throughout the world. He is known for his sensitivity, skill and profound musicality. While contributing greatly to Indian music, he has also delved into a diverse variety of world music crossovers as a performer as well as composer. Abhijit has toured extensively all over the world including performances at Lincoln Center and Carnegie Hall. His crossover work includes collaborations with Ry Cooder, Larry Corryell and Trilok Gurtu –www.abhijitbanerjee.com